Posted on January 6, 2009 by Bogdan Bogowski

When you launch the application, you will see the following: 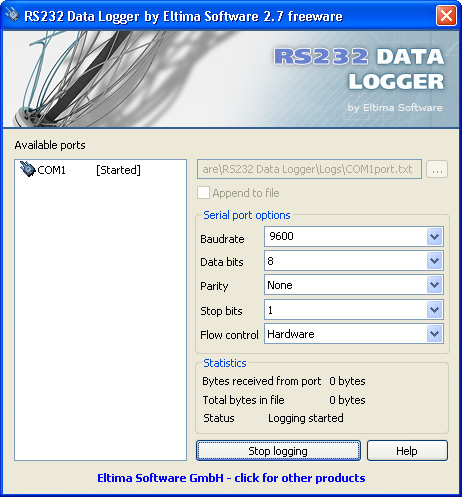 RS232 Data Logger features the most simple and intuitively understood
interface. All that you have to do is to select the serial port, specify the
file to redirect to, define the serial port’s parameters and click “Start
logging” button.