You can manually control some of the real port settings.

You can set permissions for real and virtual ports: allow or prohibit writing to and reading from other direction (when splitting and joining ports or redirecting serial traffic). 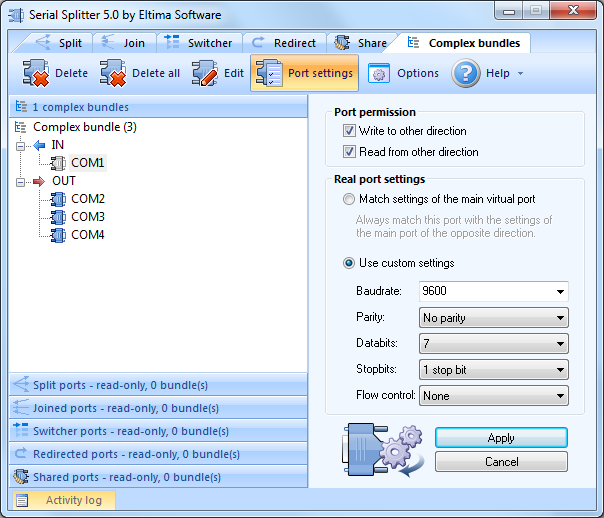 You can either match settings of the main virtual port or use custom ones:

If you select “Match settings of the main virtual port” option, make sure you have set remote port as the main one. This option can be useful if you want to open real serial port with exactly the same settings as virtual one.

As an alternative, choose “Use custom settings” option which allows specifying different values for real port settings such as: